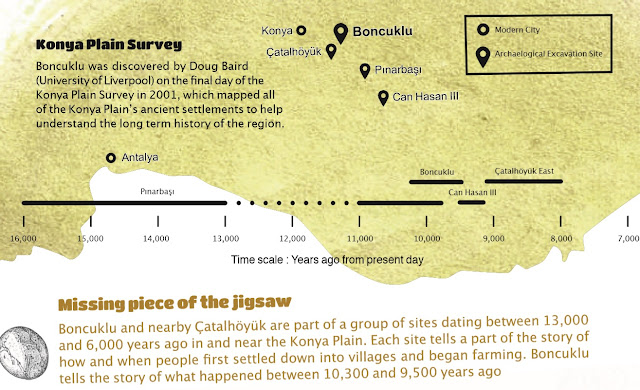 The architecture at Boncuklu is intermediate between early PPNA (pre-pottery Neolithic A) structures and those at Catalhoyuk. Circular or oval dwellings of mud-brick walls were dug down into the ground, with separate internal spaces for shrines made of plaster. So far, only shrines with bulls skulls (bucrania) have been found.

The timeline for Boncuklu is between 8,300 BC and 7,500 BC. The bucrania represent Capricornus, according to our zodiac theory which was the autumn equinox constellation from around 8,400 BC to 6,400 BC. Again, the agreement is perfect.