Has archaeology become a pseudo-science? 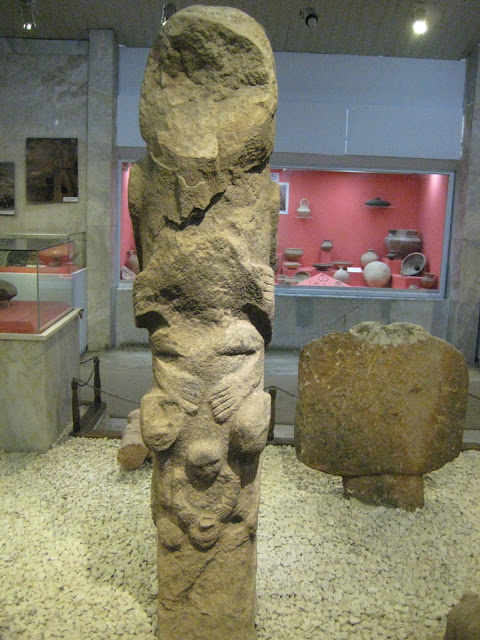 The Picts lived in Scotland in the 1st millennium AD, and probably before. It is generally thought that the Romans named them after the paint they wore, and they built Hadrian's Wall to protect their lands to the south from them.
The Picts are famous for their symbols, which they carved into megalithic pillars. To date, these symbols have remained a mystery, although several people have provided potential interpretations. One of the most well-known is due to Jackson who interpreted them as family crests - he describes his theory in detail in his 1984 book 'The Symbol Stones of Scotland'.
In my view, they are instead practically the same system of zodiacal and astronomical symbols we have found across Europe and the Near East, from Palaeolithic caves to Gobekli Tepe, Catalhoyuk, Egypt and Mesopotamia.
Of course, given the time difference the …
Read more
July 27, 2019 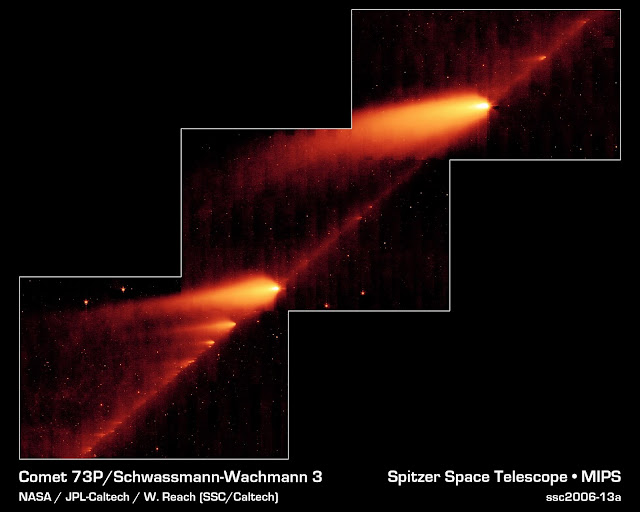 The hazard from fragmenting comets

Last month, Bill Napier (co-creator of the coherent catastrophism theory, with Victor Clube) published his latest paper (MNRAS, vol. 488, p 1822-1827) on the impact hazard from disintegrating comets in the inner solar system. His focus is on a large 100 km comet in an Encke-like orbit. It is a sophisticated work that extends his earlier estimates, this time by combining explicit orbital simulations with a calibrated model of comet fragmentation (published by de Sisto et al. in 2009).

His aim, like mine in Prehistory Decoded, is to estimate the hazard to Earth from the kind of comet thought to have become trapped in our inner system a few tens of thousands of years ago. We know, pretty much, that this happened because of the massive zodiacal dust cloud and correlated fragments that remain in orbit. 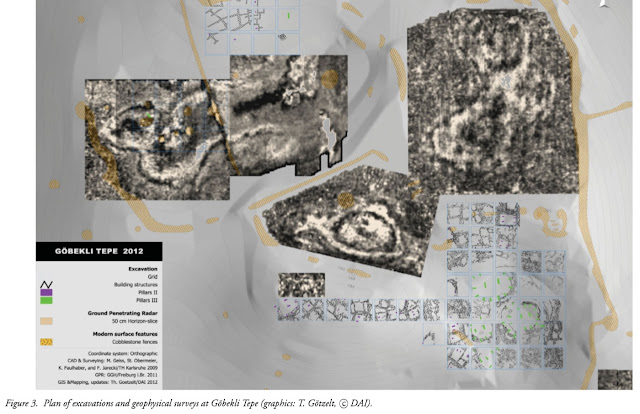 This is for the benefit of those that haven't yet seen the subsurface radar scan of Gobekli Tepe. The above image is from Deitrich et al., Antiquity vol. 86 (2012), freely available on the internet.

The little portion of Gobekli Tepe so far excavated corresponds to the detailed portion of the map, bottom right, which includes the main circular enclosures A to D. As you can see, even Enclosure D, the oldest and largest enclosure yet uncovered, corresponding to the uppermost green circle is small relative to some of the remaining structures.

The structure right in the middle of the plot looks especially interesting  - being nearly twice the diameter of enclosure D. Considering the progression of these structures - they seem to get larger as they get older - perhaps this central enclosure is the 'heart' of Gobekli Tepe, and will reveal a great deal more about its function and purpose.